Every year, the first week of July, I get a week off work.  It’s always well deserved.  We usually head back to Michigan for the week, but this year we have a big vacation planned with my husband’s side of the family this month, so we decided to postpone our Michigan trip until later in the year.  We still were looking for something fun that we could do close by that wouldn’t cost a lot of money.  We decided to spend a couple days in Mesquite, NV at the Casablanca resort.  They have a really nice pool, and that’s pretty much all we were looking for was a nice pool to relax by.  We also haven’t explored many places in Nevada outside of the Las Vegas valley, so we thought it would be fun.
This was the first time that we took a trip with Jack to an actual hotel room.  In the past we have stayed at our families houses, which makes traveling with a baby a little more comfortable.  This little trip was much harder than our trips of the past.  Jack is so used to his schedule and routine, that he was so thrown off by our trip.  It wasn’t the relaxing trip we had hoped for.  We had to take breaks by the pool because for one it was 110 degrees and if we weren’t in the pool, I worried about Jack over heating.  And also we had to get Jack down for naps mid day or we would have a nightmare on our hands by dinner time.  When Jack is not at school, the only way I can get him to take a nap is by putting him in his car seat and going for a drive, so that’s what we did.

My husband kept comparing Jack to a dog that needs lots of space to run around and play and that was the prefect comparison.  Jack brought out all of his toddler 2 year old behaviors.  He tried running away from us through a busy casino, threw stuff at us and screamed when we were eating in restaurants and he tried running off into the pool on his own.  He basically did everything he could to give his parents a heart attack.  He acted like we have never taken him out in public before.  My husband kept saying how nice it would be if we left Jack at home with someone.  Yes, it would of been nice to spend one on one time with Kevin, but we are at this stage in our lives and we just need to embrace it.  Does having a 2 year old make it hard to relax and enjoy yourself when you go out?  YES!  Do I wish it was just the 2 of us still?  NO! 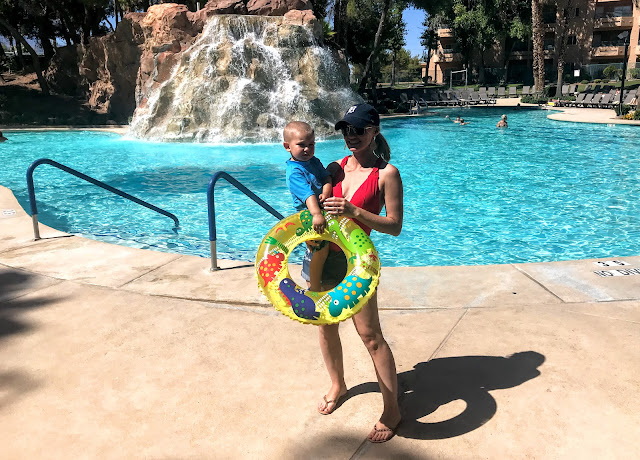 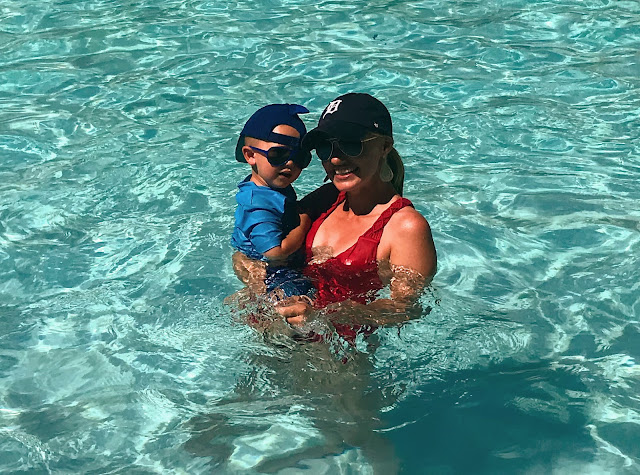 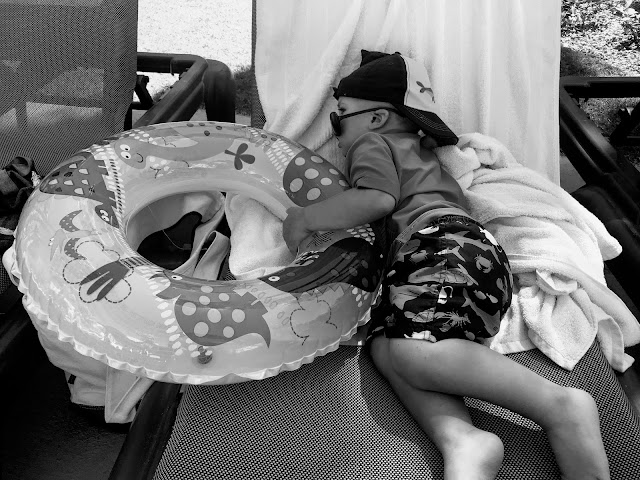 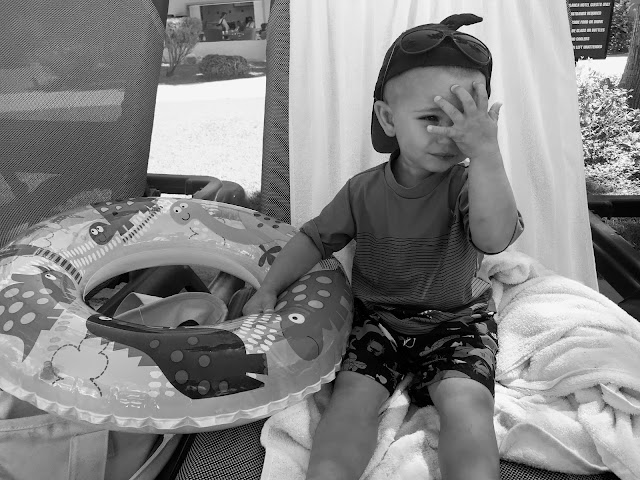 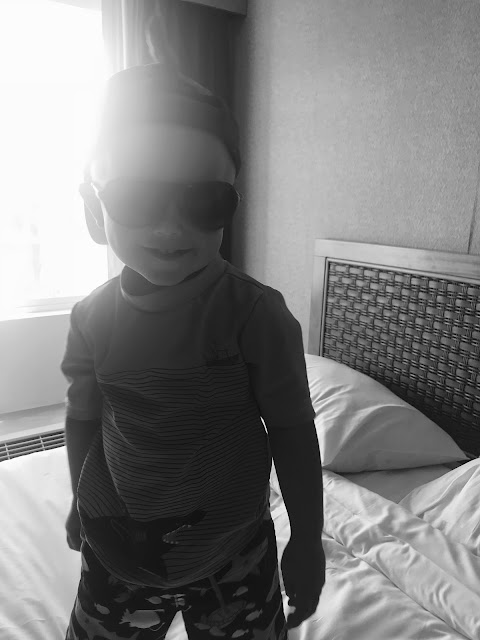 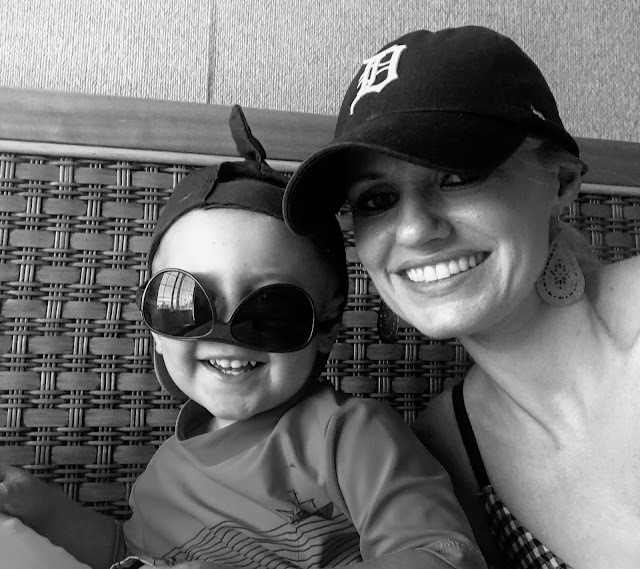 Even though things are harder with a toddler, he’s adorable and funny and we love him so much.  He always makes us smile no matter what.  I know that we will one day look back on our little mini family vacation and have happy memories.  We will laugh at his two year old behavior and think it was cute (not yet, but one day).  We will miss his little words that he tries to say and the way he acts out his videos that he watches on YouTube kids.
All I have to say is that if you are a parent, don’t let the fact that outings and trips are harder hold you back.  Yes life was easier before kids, but you do what you have to do.  Your toddler may not remember the trips you went on, but you will and it’s so worth it in the end.  Now I’m only hoping that our California trip goes a little smoother.

What to Pack for a Trip to Las Vegas

Hi I'm Katie! Welcome to my blog! I am on a mission to help women build a wardrobe that they love without spending a lot of money doing it. I believe that everyone has the right to feel good in their outfit, no matter what your budget is! I am excited to have you here!
END_OF_DOCUMENT_TOKEN_TO_BE_REPLACED

For the last year, I have been on the hunt for com

What I wore this week as a SAHM... I had planned

I'm not sure if my content is getting better or th

Happy Easter 🐣 (a day late). We celebrated our

I am loving this orange gingham dress! Gingham is

I wasn't sure what to post today. I was debating b